Will founded the firm in April 2002 with his father John who has now retired from practice. Will graduated from Exeter University with an LLB and commenced his legal career in London. He qualified in 1979 and has worked for a number of city firms, including Slaughter and May. In July 2010 he graduated from Nottingham Trent University with a Masters in Advanced Litigation and Dispute Resolution with a Commendation.

Will advises private individuals and companies on general corporate matters including mergers and acquisitions, private equity transactions, subscription agreements, shareholder agreements, terms and conditions and other matters relating to the running of a company.

He has a broad range of knowledge of litigation and dispute resolution. His work includes acting for companies and private individuals on contractual disputes and asset recovery. He handles all claims in relation to property including landlord and tenant and the enforcement of property rights. He also deals with defamation and matrimonial work.

Will is the firm’s Money Laundering Reporting Officer.

In his spare time Will enjoys reading and sport, particularly rugby, tennis and cricket. He is a member of the Harlequin Football Club, Taunton RFC and the MCC.

Will can be contacted at will@osmondandosmond.co.uk 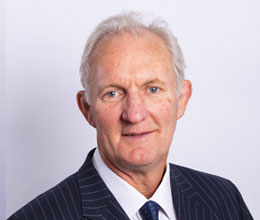 Authorised and Regulated by the Solicitors Regulation Authority (SRA No. 508515). Osmond & Osmond is the trading name of Osmond Solicitors Limited, registered in England Wales with Co. Regn. No. 06835977.

Please note that we may record telephone calls for training and monitoring purposes.

We use cookies on our website. Some of them are essential for the operation of the site, while others help us to improve this site and the user experience (tracking cookies). You can decide for yourself whether you want to allow cookies or not. Please note that if you reject them, you may not be able to use all the functionalities of the site.